Athena Dickson joined the firm as an associate in 2003 and currently practices in the areas of Personal Injury and Employment Discrimination. She is licensed to practice in Missouri and Kansas state courts as well as federal courts in the District of Kansas and the Western District of Missouri. “Taking the time to listen to a person’s needs” is the foundation of Ms. Dickson’s personal philosophy in practicing law. Ms. Dickson recognizes that litigation can be intimidating for her clients, and she makes every effort to help make it easier and less stressful.

Ms. Dickson is also active in the community by serving on the board of the Kansas City Metropolitan Bar Association (KCMBA) as the Immediate Past President. She also represents District 12 (Kansas City) on the Missouri Bar Board of Governors and serves as the Chair of “Lawyers Living Well” and Co-Chair of the “Appointments Committee”. Ms. Dickson is the Immediate Past President on the Jackson County Law Library Board and is a board member on the Lawyers Encouraging Academic Performance (LEAP) board. Ms. Dickson has served as a mentor as part of AWLF’s Denise Hennings Connections Program since 2014 and is currently the board liaison to the program.  She has also served as a past president of the Association for Women Lawyers of Greater Kansas City (AWL) in 2014 and KCMBA’s YLS Section in 2013. 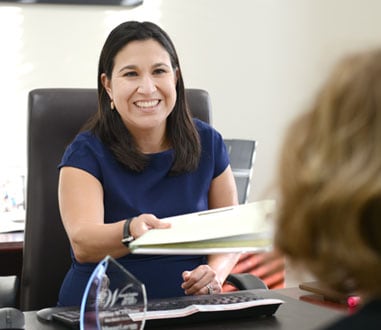