Mr. Siro began his legal career as an associate at Murphy, Pearson, Bradley and Feeney in San Francisco. He then moved to Kansas City and practiced law at Gage & Tucker (now Lathrop & Gage) for two years. In 1985, Mr. Siro joined the Blumer & Nally law firm, became a firm partner (Blumer Nally & Siro), and is now a senior partner at Siro Smith Dickson, P.C. Mr. Siro has been recognized as a Missouri/Kansas “Super Lawyer,” one of Kansas City’s “Best of the Bar,” and Missouri Lawyers Weekly Power 30 in Employment Law.

After working for larger firms at the beginning of his career, Mr. Siro appreciates the streamlined abilities of a smaller firm. He likes to be actively involved in the community and enjoys the personal contact he has working hand-in-hand with his clients to successfully resolve their legal disputes and damage claims. For Mr. Siro, it is not about the quantity of cases in the office — it is about the quality of people he represents, and the strong desire to seek and achieve justice for his clients and their families.

In the areas of personal injury and wrongful death, he handles cases involving:

Mr. Siro also maintains an active practice as a Mediator in the areas of Employment Law and Personal Injury.

Mr. Siro is licensed to practice in all courts of the states of Missouri and California, and the following Federal Courts: 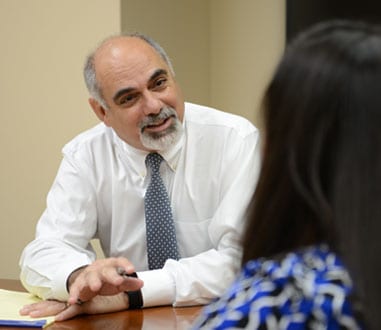