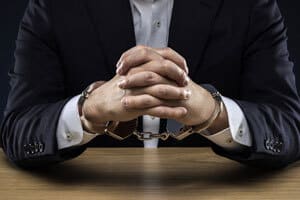 The law prohibits an employer from forcing you to participate in illegal activity, and it is usually illegal for your employer to retaliate against you when you complain about illegal misconduct either within the company to upper managers who are not involved in the wrongdoing, or outside the company to the proper authorities. Talk to a Siro Smith Dickson Kansas City whistleblower attorney about your rights.

If you have suffered a retaliatory firing or other negative job action because you complained to your boss or other supervisors about your company’s illegal or discriminatory business practices, or because you went outside the company and reported business misconduct to a State or Federal law enforcement agency, give us a call – we can help.

Many states have laws that protect employees who “blow the whistle” on illegal activity. For example, you may have a claim if you report violations of the law to a government agency or to your supervisors, or if you refuse to perform an employer’s request or order that violates the law, and you suffer retaliation as a result. The law prohibits employers from retaliating against employees when they engage in certain protected conduct.

You do not necessarily need to be an employee to have a whistleblower claim. There are a number of other statutes that provide whistleblower protections and rewards to current employees, former employees, and residents alike. For example, if you report possible government fraud, mishandling of toxic substances, violations of tax or securities laws, discrimination in education, or failure to provide access to public facilities, whistleblower protections may be available. In some cases, the law may even reward you for blowing the whistle against entities that engage in these types of violations.

The Federal False Claims Act provides individual citizens with the opportunity to play a vital role in deterring and preventing fraud against government programs. In 1863, Congress passed the False Claims Act to battle the massive frauds committed by government contractors during the Civil War. Since then, the False Claims Act has become the most effective whistleblower law used to combat fraud. It creates a liability to the United States for any person who knowingly presents, or causes to be presented, a false or fraudulent claim for payment or approval or knowingly makes, uses, or causes to be made or used, a false record or statement material to a false or fraudulent claim. Many states also have their own False Claims Act. If you have any unanswered questions you can talk to our Kansas City whistleblower attorney.

A False Claims Act lawsuit is often referred to as a “qui tam” lawsuit. “Qui tam” is an abbreviation of a Latin phrase meaning a person who sues in this matter for the king as well as for himself. In other words, someone who brings a qui tam action is bringing the lawsuit on behalf of the government as well as him/herself.

Who Can File a False Claims Act Lawsuit?

A person/whistleblower (called a “relator”) brings a qui tam action on behalf of the government. Anyone with knowledge of fraud against the government can possibly be a relator. You do not need to be an employee of the person or entity who is engaged in the fraud.

What Types of Fraud Implicate the False Claims Act?

Fraud against the government can occur in many different industries, including but not limited to the following:

What is a Defendant Liable For Under the False Claims Act?

A defendant found guilty of fraud against the United States government is liable for triple damages (3 times the amount of damages the government sustained because of the fraudulent act), civil penalties, and attorneys’ fees and costs. The relator can recover between 15-30% of the amount recovered by the government.

Is the Relator Entitled to Any Retaliation Protection?

The Federal False Claims Act contains a strict anti-retaliation provision prohibiting a defendant from discharging, demoting, suspending, threatening, harassing, or in any other manner discriminating against in the terms and conditions of employment any individual because he or she is involved in, provided testimony for, or assisted with a False Claims Act investigation or action.

Retaliation generally takes the form of a demotion, harassment, transfer, or termination of employment. Even a lateral reassignment can be retaliation if the reassignment impacts your eligibility for promotions or advancement. An employer also cannot retaliate by taking action against your spouse or other people who are close to you.

An employer may not retaliate against an employee who engages in conduct protected by law. Protected conduct includes opposing workplace discrimination against yourself or another employee, assisting or participating in an investigation of discrimination, refusing to engage in conduct you believe to be unlawful, asking your employer about your legal rights, taking protected medical leave, requesting accommodations for a disability, associating with other people who are protected based on race, sex, national origin, or religion, or otherwise exercise your rights under the law.

Employees also have the right to organize without employer retaliation. This right includes the right to join or assist labor unions, bargain collectively through representatives of their own choosing, and engage in other activities for mutual aid or protection.

Siro Smith Dickson PC represents whistleblowers and other employees who are retaliated against for engaging in legally protected activity in many cases. If you believe you have a whistleblower claim, or would simply like more information, please contact us.

"Thank you, Siro Smith Dickson, for the amazing result - my life has greatly been changed because of your dedication.”
--Age Discrimination Client