Between 2003 and 2015, the dual-ended 3M Combat Arms Ear Plugs (version 2) were standard-issued equipment for service members. This included those who were deployed to combat zones, including Iraq and Afghanistan. The plugs were supposed to provide two levels of ear protection: one side was intended to block all noise and the other was intended to protect the eardrums from gunfire and explosions while still allowing military personnel to communicate freely. 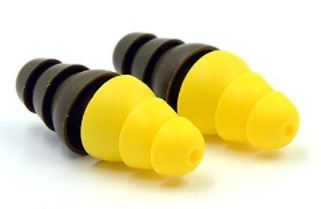 The failure of the dual-ended Combat Arms Ear Plugs (version 2) to protect service members’ ears has resulted in high incidences of tinnitus (ringing or buzzing of the ears) as well as partial or full hearing loss. Those suffering from hearing problems as a result of the earplugs not working while in combat or training may be eligible for compensation as the manufacturer recently has come under fire for failing to disclose a design flaw that had been known as early as 2000. Those current or former military personnel should seek immediate advice from an experienced attorney as statutes of limitation dictate the amount of time they have to file a lawsuit against the manufacturer of the Combat Arms Ear Plugs to seek financial compensation.

An article on the jury verdict can be found at https://www.reuters.com/world/us/jury-finds-3ms-earplugs-caused-us-military-vets-hearing-loss-2021-04-30/

If you believe that you may have a claim, please contact us for a free consultation by telephone at (816) 471-4881 or by email using our convenient online contact form below.